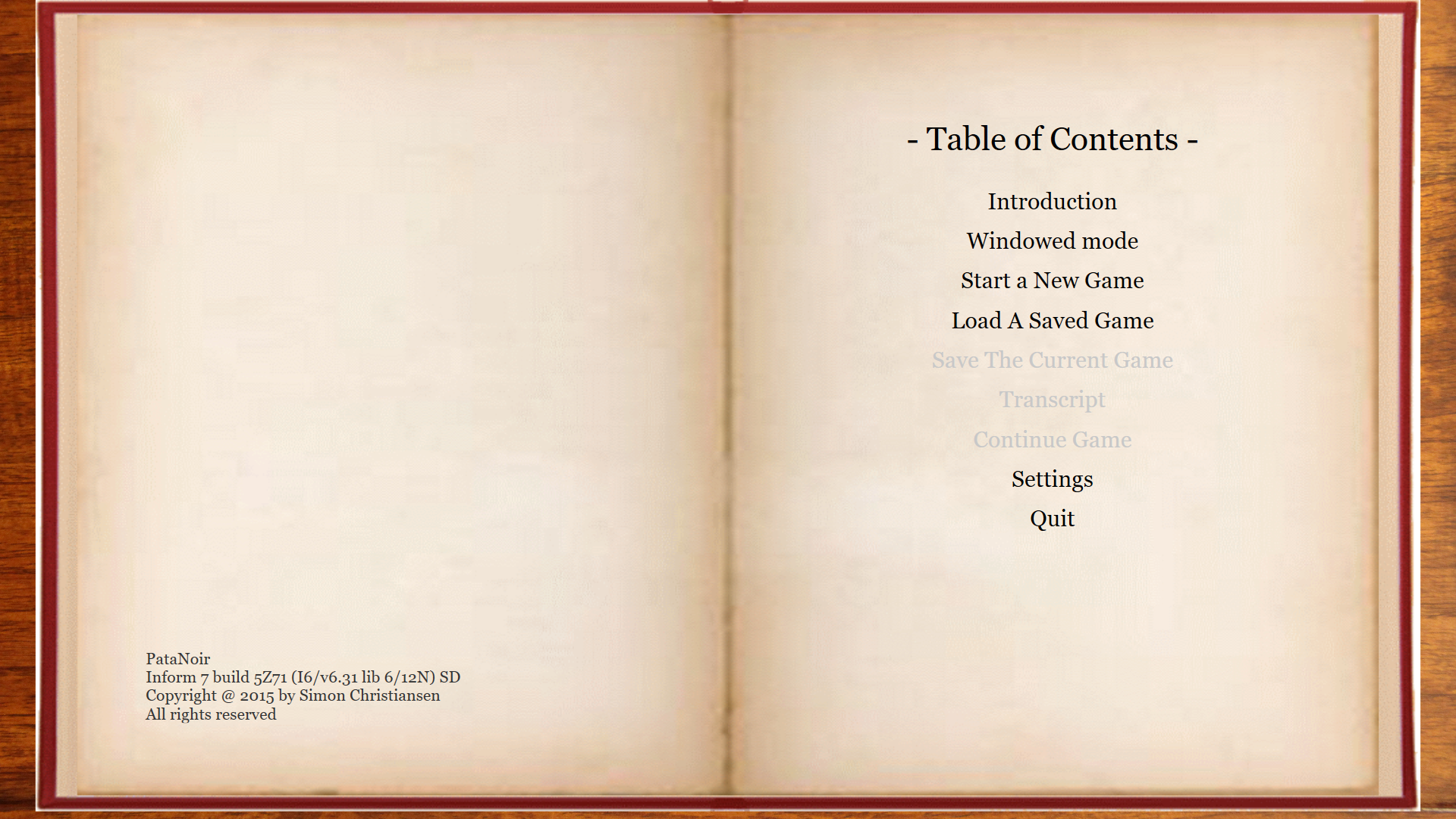 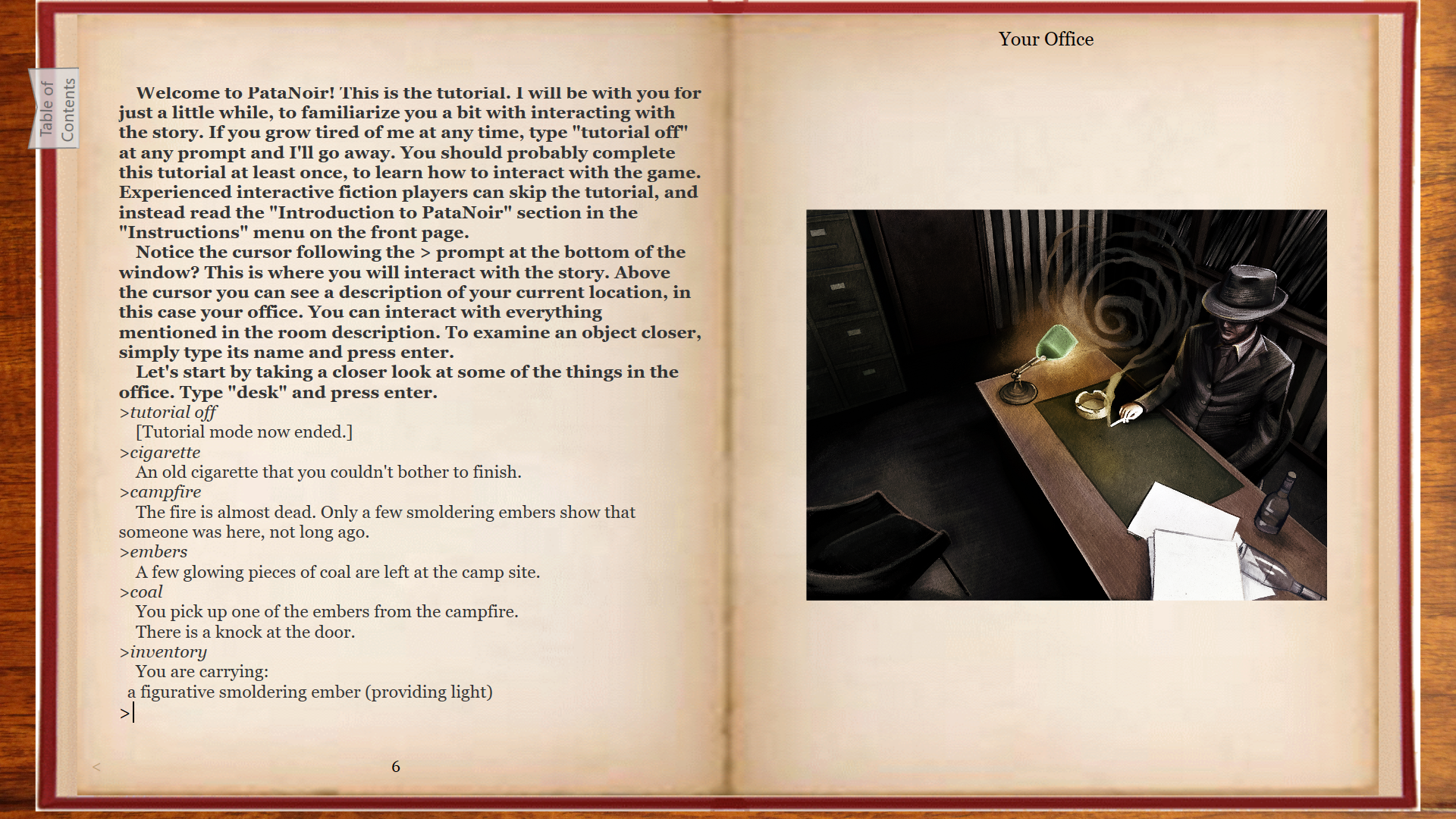 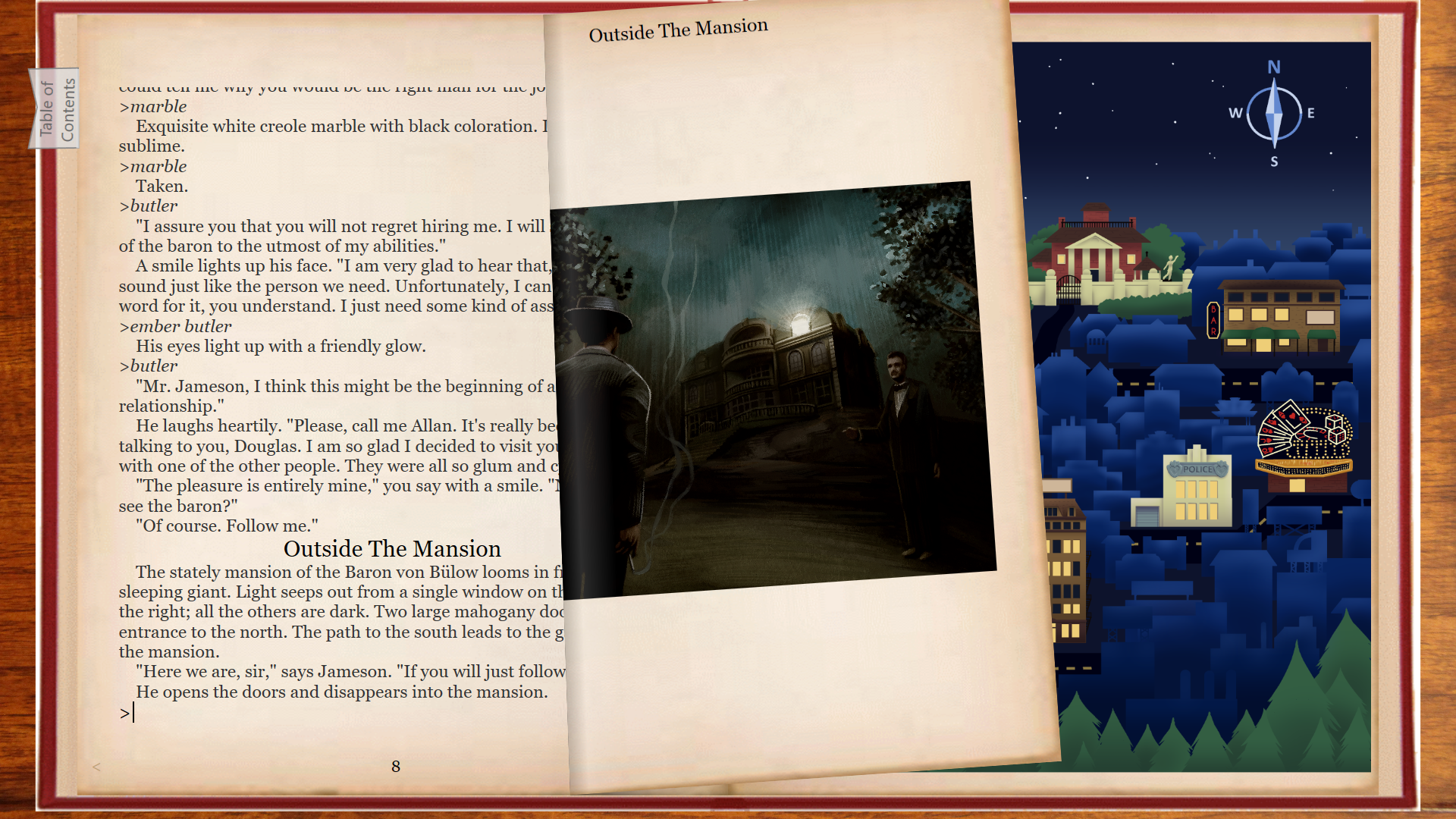 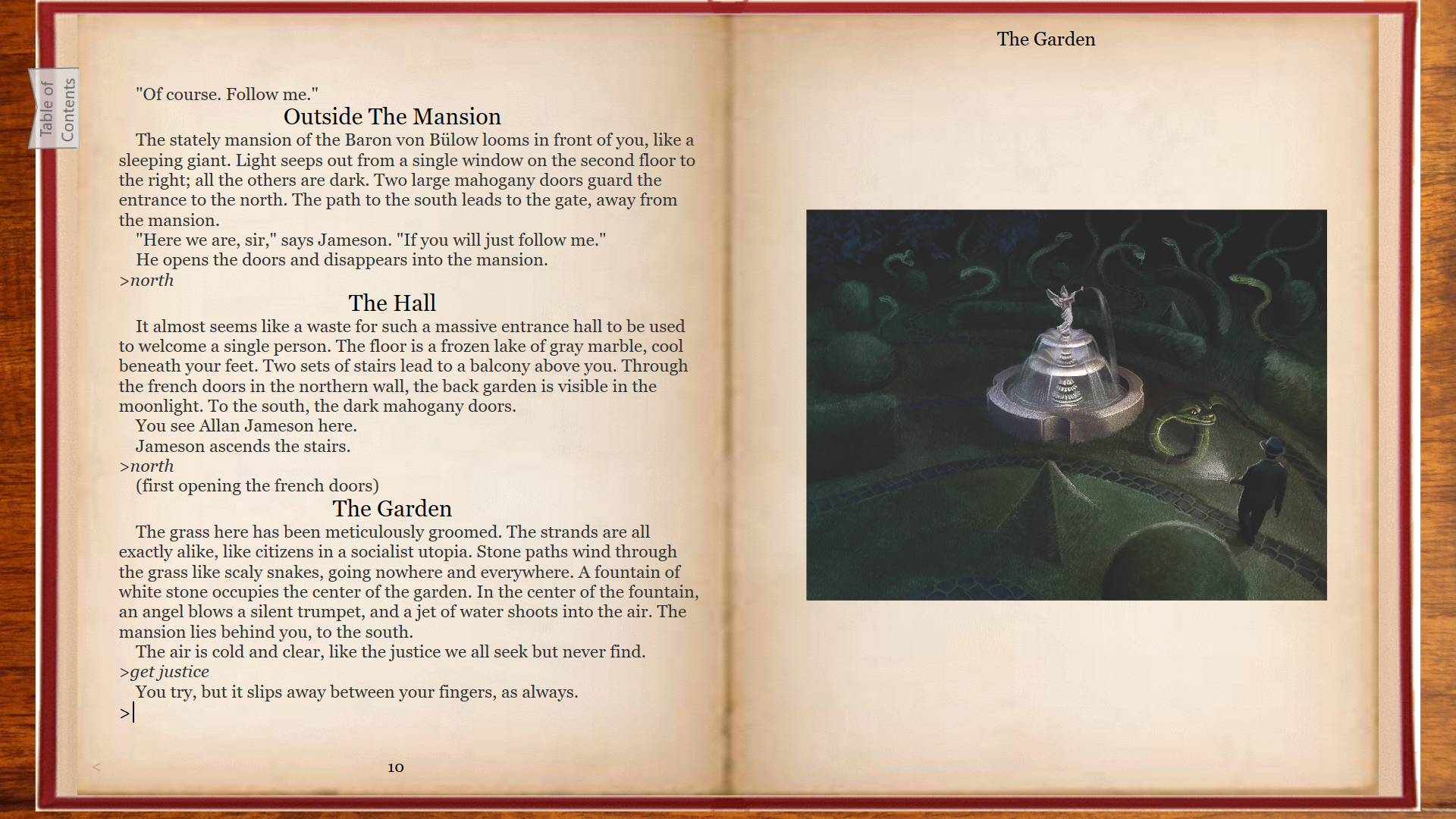 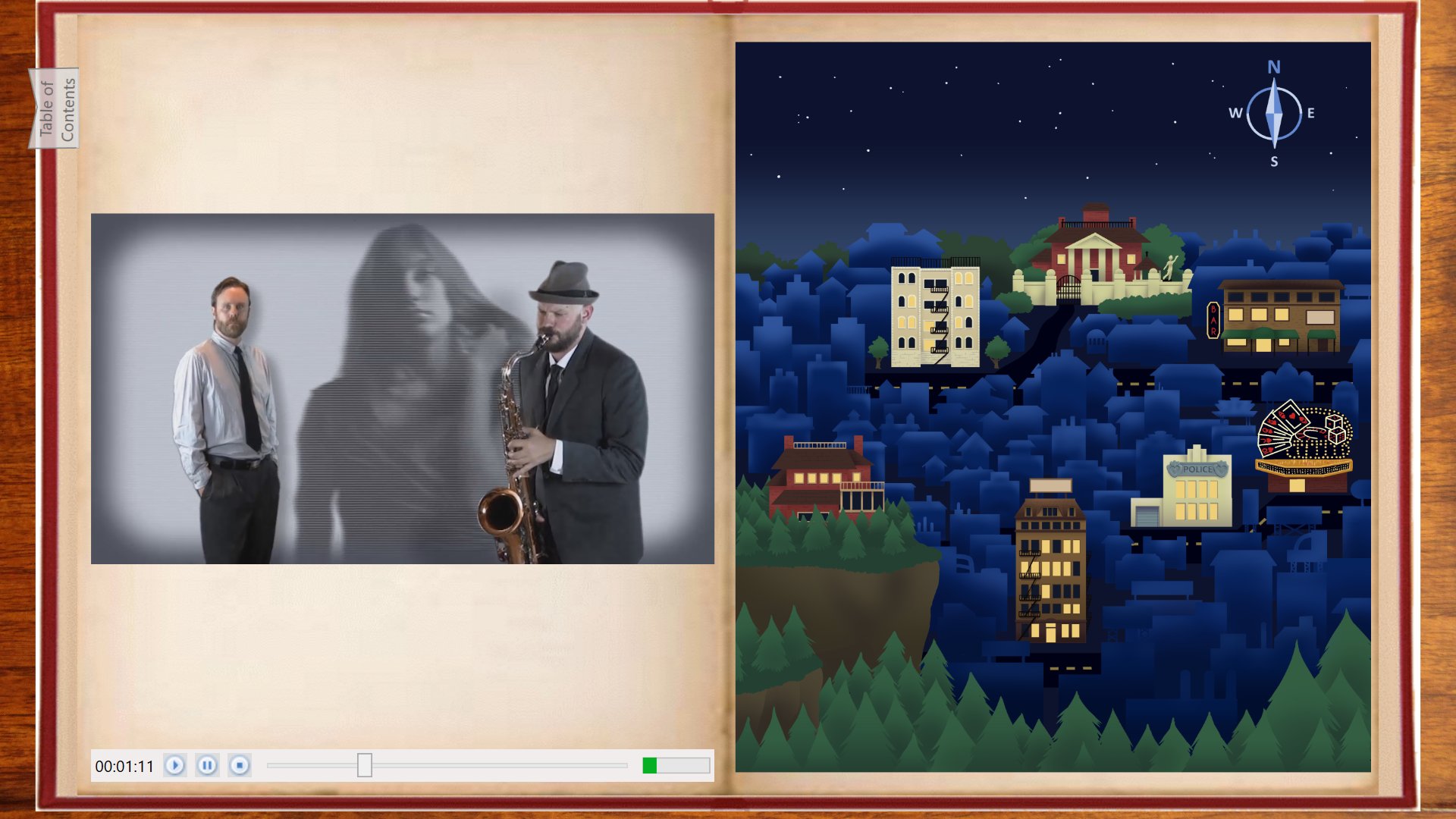 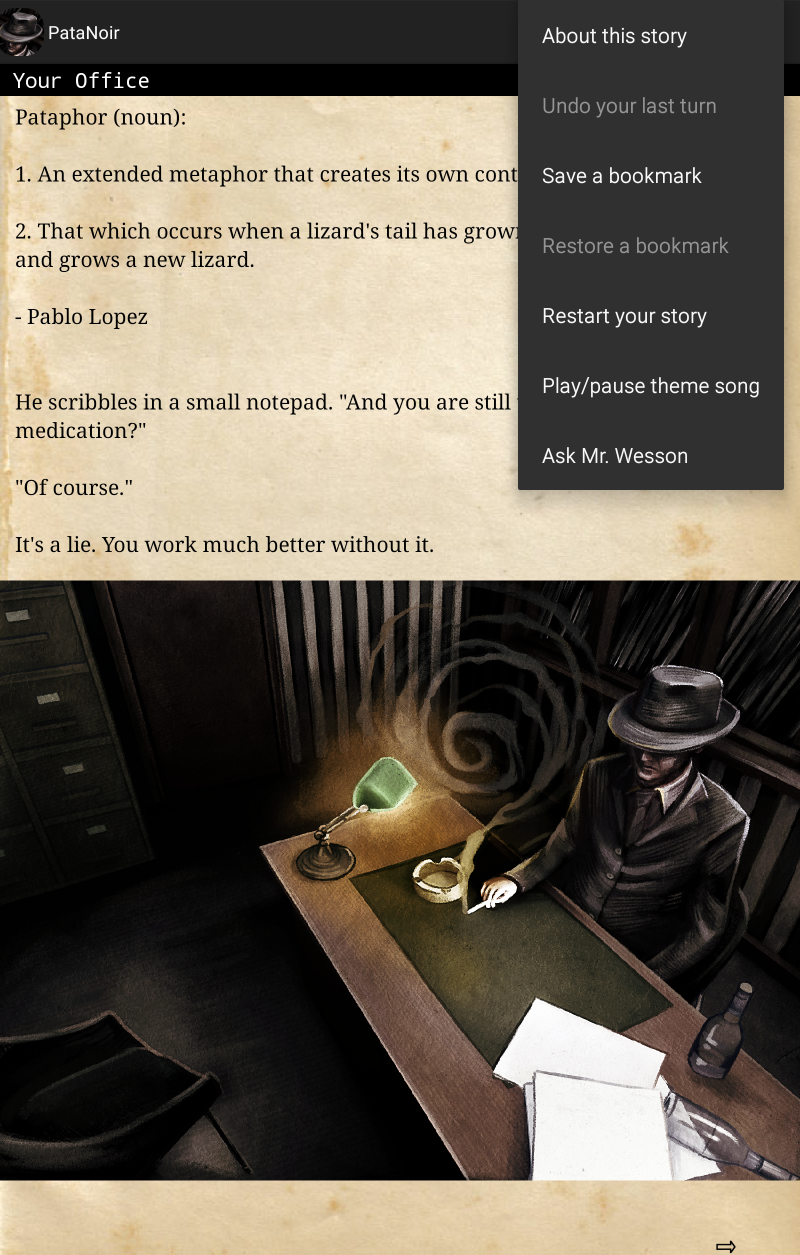 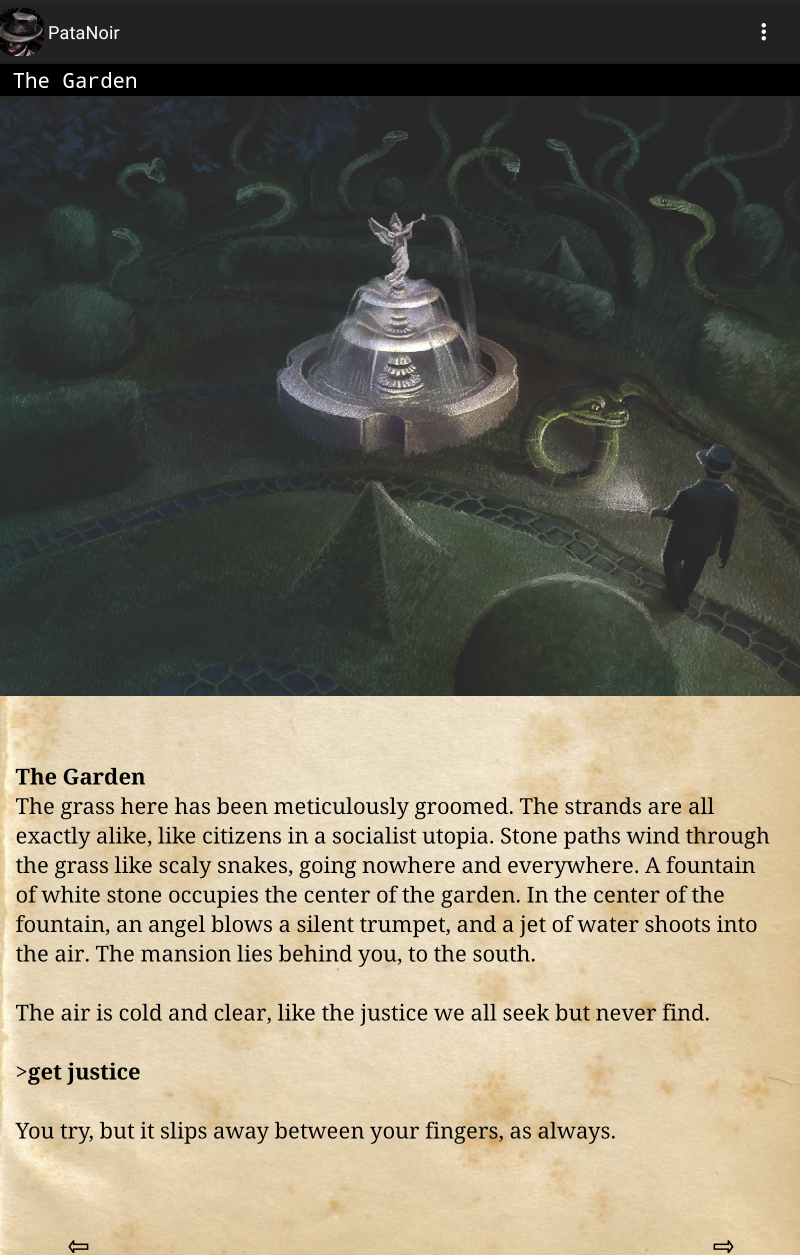 "For those who love language, PataNoir is like a breath of fresh air...a reminder of the beauty of a complex sentence and the power of carefully chosen words." - JustAdventure

"I don’t recall any other game that does anything quite like this." - Emily Short

"Like words? Play with simile and metaphor in this unusual mystery app." - Boing Boing

"PataNoir is strange, unusual, at times frustrating, but creates an amazing surreal landscape in such a short time." - OPNoobs

"In the Internet age, any game which helps cement the curmudgeonly distinction between “literally” and “emphatically” warms my heart." - Pocket Tactics

"...a nigh on unmissable adventure that's simultaneously a perfect entry to the world of text-based gaming and refreshingly different to satisfy the most hardened of genre veterans." - IndieGames.com

"The Baron's daughter is missing, and you are the man to find her. No problem. With your inexhaustible arsenal of hard-boiled similes, there is nothing you can't handle."

PataNoir is a homage to the classic stories of hard-boiled private investigators with a knack for describing everything with complex similes and metaphors. In PataNoir, you solve problems by manipulating the hard-boiled metaphors used by the main character to make sense of the world in which he lives.