Death off the Cuff 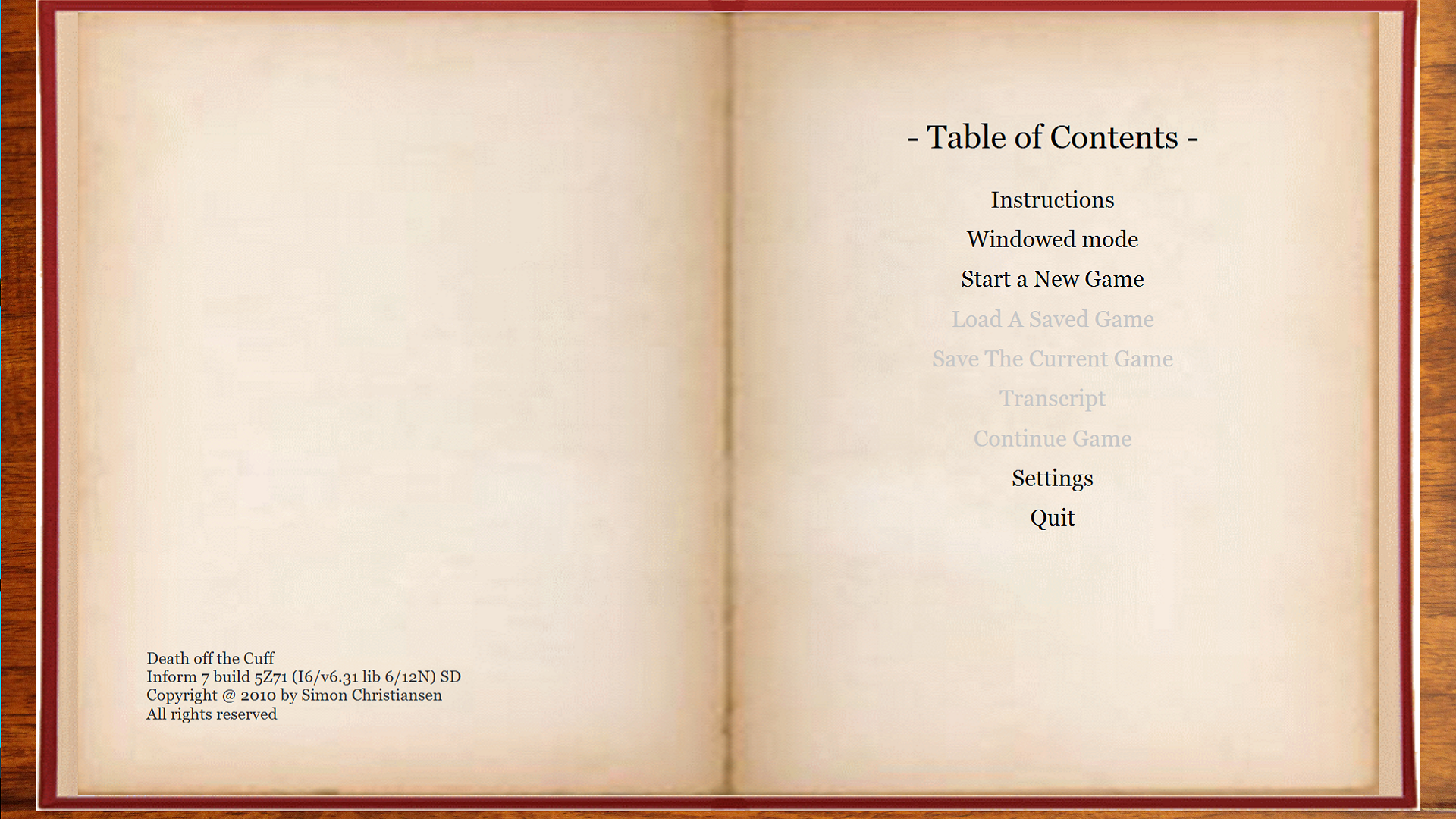 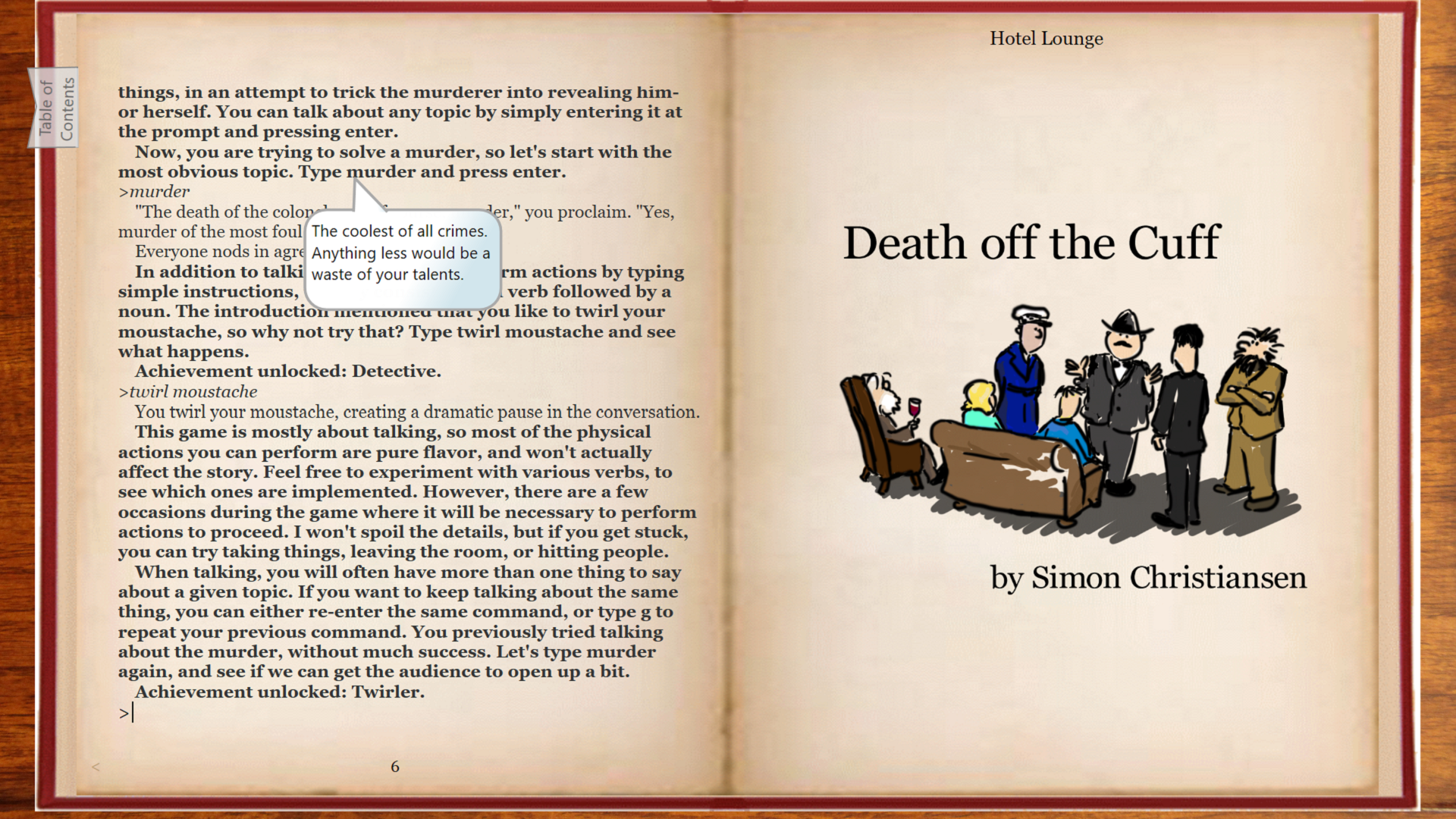 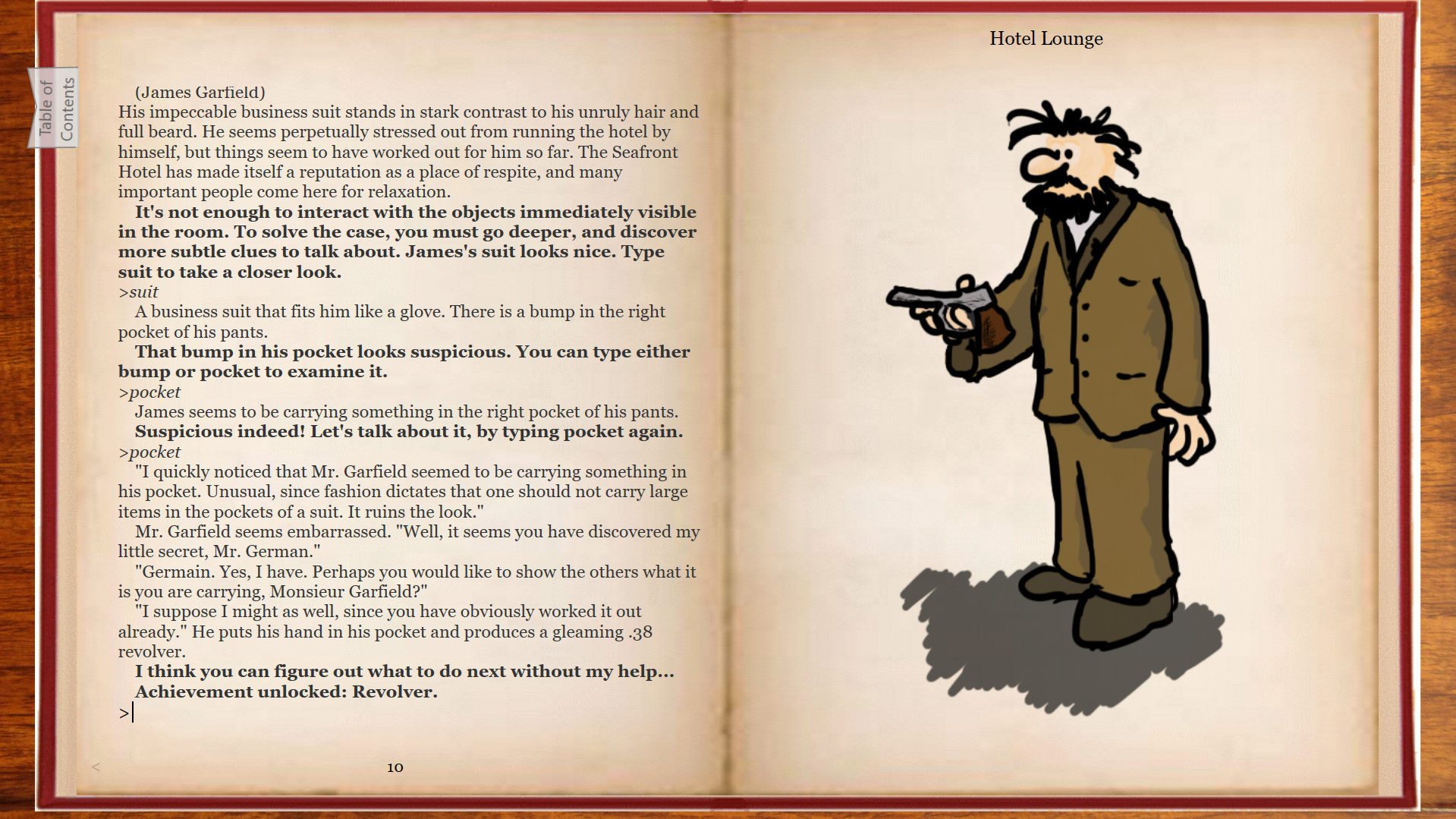 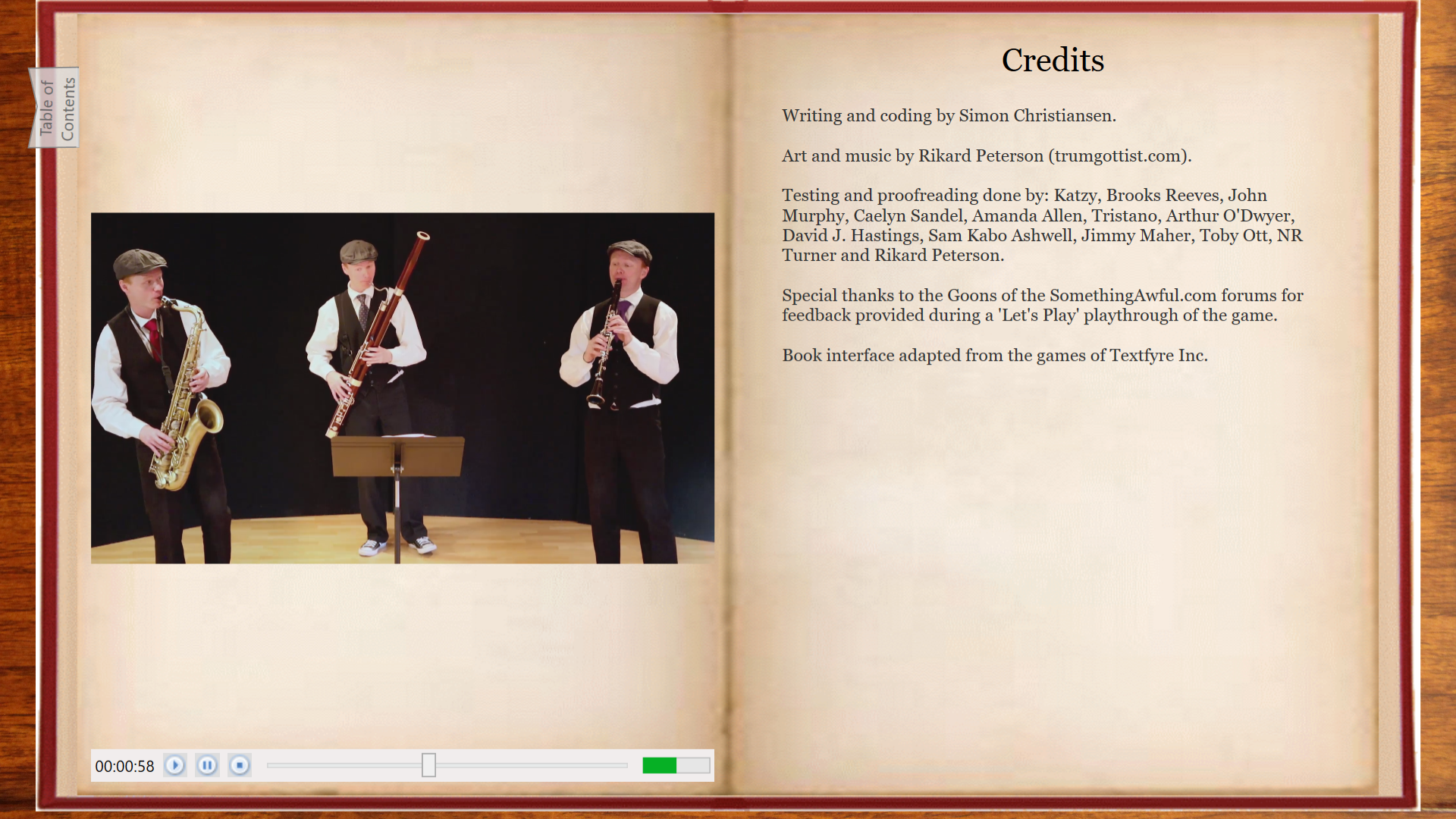 "This app has plenty of charm: a text-adventure murder-mystery inspired by Hercule Poirot." - The Guardian

"This is a great text-based puzzle game. It’s an interesting story with twists and turns that hold your attention." - AppAdvice

"Playing the game feels like you are reading a crime novel which you are also simultaneously writing." - TheAppleGoogle

"They all stare at you expectantly, like children waiting to be told a bedtime story. Who can blame them? You are, after all, Antoine Saint Germain, the great French Detective. No criminal has ever been a match for you, and everybody is looking forward to a description of your brilliant deductions. There is just one small problem. One tiny detail that makes it different this time. A mere trifle, really. This time you have no idea who did it."

Inspired by Agatha Christie's Hercule Poirot stories, "Death off the Cuff" is a short Interactive Fiction (Text Adventure) game, in which you must bluff your way through the traditional revelatory monologue at the end of a crime story. Can you make the murderer reveal him- or herself, without letting anyone know that you hadn't already solved the case? Type in the topics you want to talk about and watch as the game generates your own unique detective monologue.